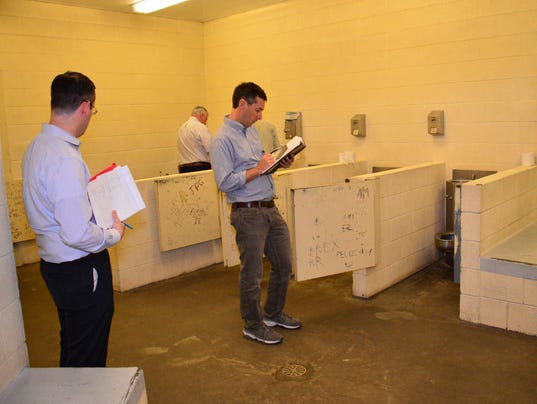 A U.S. District Court judge in Tucson on Monday unsealed some photos of and documents regarding U.S. Customs and Border Protection detention facilities in a class-action lawsuit filed on behalf of immigrants who were held in those facilities.
A coalition of immigrant-advocacy groups, including the American Immigration Council in Washington, D.C., the National Immigration Law Center in Los Angeles, the Lawyers’ Committee for Civil Rights in San Francisco, the American Civil Liberties Union of Arizona, and attorneys at Morrison & Foerster LLP, claim the immigrants were held in unsanitary and inhumane conditions, subjected to cold and deprived of sleep by the Border Patrol’s Tucson Sector.

But attorneys for CBP have had the court seal expert testimony and photographs of the detention facilities, claiming that the documents would invade the privacy of the immigrants and jeopardize security at Border Patrol facilities.
Judge David Bury, in an order filed Monday, dismissed the privacy and security claims as vague and ordered the unsealing of certain photos and documents. Bury directed attorneys for the CBP to present more specific arguments as to why the remaining documents should not be unsealed as well.
Bury also ruled that The Arizona Republic  could intervene in the case for purposes of obtaining access to the documents in question.
The unsealed photos show unsanitary conditions in some holding-facility toilets, water fountains and holding areas. Agency inspection reports also document certain recurring problems at holding facilities — for example, lighting, door locks, toilets, water fountains, air-conditioning and surveillance cameras that were not functioning. One inspection report said a facility’s video monitors and holding room audio and video loops “have been inoperable for over two years.”
A representative of U.S. Customs and Border Protection said it is the agency’s policy not to comment on pending litigation.
“I see this as a positive step forward,” said David Bodney, legal counsel for The Republic, “not only for court’s granting the newspaper’s right to intervene, but for the photos released, and the recognition that the parties should discuss the issue further.”
Wendy Feliz, a spokeswoman for the American Immigration Council, said the only documents unsealed so far are photographs that the plaintiffs in the case took of conditions at the facilities. Still at issue are photos and videos taken by CBP and expert testimony.
“The government is working double time not to turn over anything,” Feliz said.
Bury asked both sides to submit arguments within two weeks as to why the remaining documents should or should not be unsealed.
“Some of the more damning evidence is still in contention, and the government is fighting to keep it out of the public eye,” said Nora Preciado, a staff attorney for the National Immigration Law Center.
But Preciado could not comment on the content of the evidence because of the injunction.
“All I can say is it will show the inhumane conditions at the detention facilities,” she said.