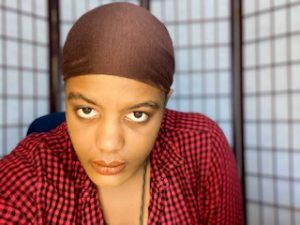 Bréyon Austin oversees LCCRSF’s GLIDE legal clinic and works with clients and attorneys to resolve a broad range of legal issues, from fighting illegal bail contracts to stabilizing a family’s affordable housing. She has worked extensively in public interest law, clerking for the Law Offices of Patrick D. Goggins in San Francisco and Cleghorn Legal in Oakland. At Cleghorn, Bréyon specialized in Native American Tribal Law, conducting research and carrying out special projects on the codification of Tribal Laws and ordinances.

Bréyon completed her JD at the University of New Mexico School of Law, where she served as president of the Black Law Students Association and won the Dean’s Award for Contributions to the Community. As a law student, Bréyon interned with both the District Attorney and Public Defender’s offices in the 2nd Judicial District of Albuquerque. Under the guidance of Public Defender Sergio Viscoli, she represented defendants during arraignments and bench trials. She also worked on permanent residency applications at the private immigration law practice of Carmen Naranjo.

Bréyon graduated with a B.A. in Political, Legal and Economic Analysis from Mills College, where she delivered the 2009 commencement speech. During her time at Mills, she volunteered with the Native American Student Alliance and worked in the Office of Student Affairs as a liaison to student groups.

Bréyon organizes and teaches free photography classes to unsheltered people in San Francisco. She has also worked with San Francisco State University on the community project “Exposing Homelessness,” which was the subject of a 2006 documentary.