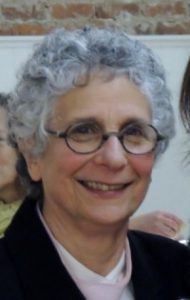 Special Assistant to the Executive Director

Before that, Karen served as Reentry Policy Planner in the Reentry Division of San Francisco’s Adult Probation Department for three and a half years. She was responsible for convening San Francisco’s Reentry Council and the Community Corrections Partnership.

Prior to going to San Francisco County, she worked at the Women’s Foundation of California from February 2013 to October 2014 where she was responsible for developing and leading the Foundation’s criminal justice state and county policy work. She applied her policy knowledge and relationship building skills to helping develop statewide policies that would change California’s over-reliance on incarceration, while providing more support for services to our state’s most vulnerable women and families.

From 1995 to February 2013, Karen worked at Legal Services for Prisoners with Children (LSPC), starting as office manager, then as co-director and finally as policy director leading LSPC’s legislative agenda. While there, she supervised the initiation of the Habeas Project of California, a statewide collaborative effort to provide counsel to incarcerated survivors of intimate partner battery. She also participated in developing legislative policies to allow a process for retrial for those survivors who were unable to provide evidence of the impact of intimate partner battery in their original trials and successfully advocated to end the shackling of pregnant prisoners.

Karen started visiting women prisoners in 1976 as a participant in a women’s prisoner project at University of California at Santa Cruz. A published author, she has written chapters included in The 21st Century Motherhood Movement: Mothers Speak Out on Why We Need to Change the World and How to Do It (Demeter Press) and Incarcerated Mothers (Demeter Press). She has worked extensively in the women’s and lesbian movements in the San Francisco Bay Area, and currently serves as chair of the board of Essie Justice Group, a national organization serving women with incarcerated loved ones. She is also on the steering committee of San Francisco Children of Incarcerated Parents Partnership (SFCIPP).