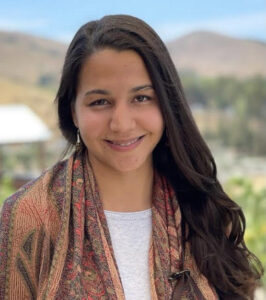 Neda was born in Iran, raised in Seattle, and speaks five languages. She attended Berklee College of Music in Boston for undergraduate studies and received her M.A. from Berklee in Valencia, Spain before earning her J.D., with partial scholarship from each institution. She jumpstarted two nonprofit initiatives during law school, Gerami Groover Presents and Kalesma, that provided free music education to marginalized youth, before volunteering at a women and children’s rights center in Tanzania. She was awarded a Pro Bono Certificate, International Law Certificate, and Public Interest Law certificate from Lewis & Clark Law School in Portland upon acceptance of her two theses on the destruction of tangible and intangible cultural heritage in Syria and Mali, as well as her work on the otherization of people with leprosy, people with HIV/AIDS, and people suspected as terrorists.

Since 2011, Neda accrued informal and formal experience as an assistant for attorneys, artists, and philanthropists in both the private sector and public sector around the world. Her last role involved assessing the finances, operations, and organization of non-U.S. based charitable organizations for private foundations at NGOsource/TechSoup Global in San Francisco. In 2021, she was a convokee of the United Nations Young Professionals Program.

Her lifelong commitment is to serve people and communities that are marginalized to achieve social cohesion. She currently resides on unceded land of the Miwok people who have inhabited North Bay counties for more than 13,000 years. In her spare time, Neda loves listening to live jazz, bomba, rumba, and flamenco.