Original article from California Lawyer
We have named 62 lawyers statewide to receive the 19th annual awards for California Lawyer Attorneys of the Year. Their achievements had significant impact in 2014. This year, the awards recognize 27 achievements between November 2013 and November 2014 in 17 areas of practice.
Those honored include prosecutors, intellectual property practitioners, public-interest lawyers, appellate experts, and attorneys from regional and international law firms. The recipients will be featured in more detail in the March 2015 issue of California Lawyer magazine.
Below is a list of all the winners (find a pdf here), whose achievements are briefly described in this press release. Nominations for next year’s awards open in late summer. 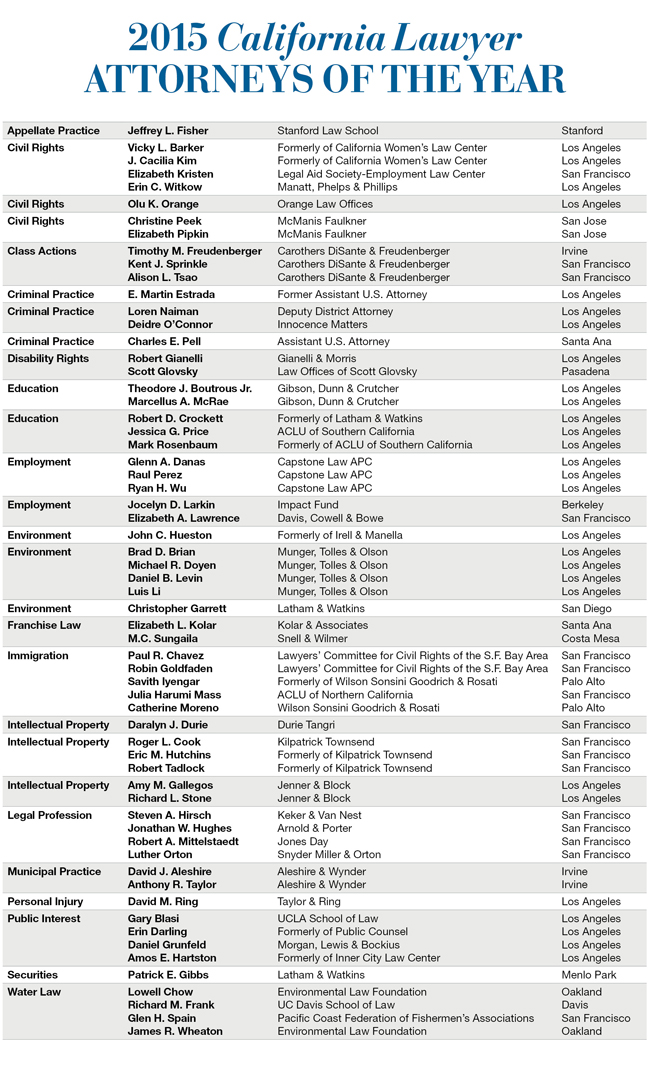