Original article can be found in BuzzFeed News. 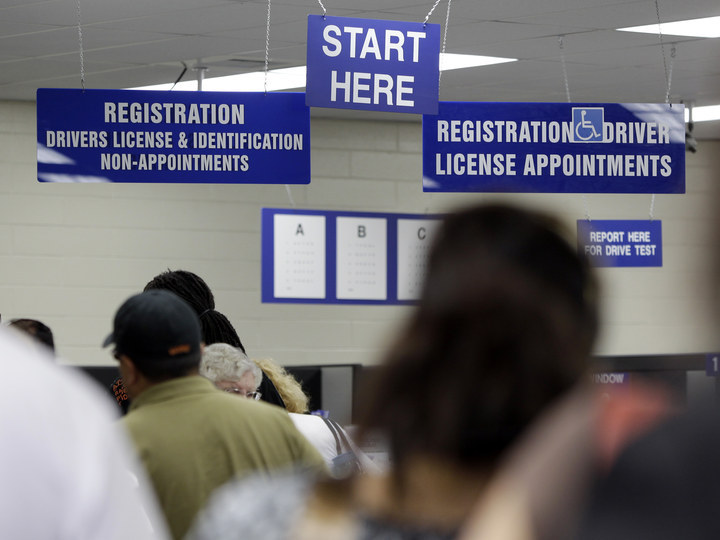 An unpaid traffic ticket can snowball into thousands of dollars in fines, a suspended driver’s license, and even jail time — a system that a group of attorneys says unfairly targets low-income, minority communities.
The Lawyers’ Committee for Civil Rights of the San Francisco Bay Area reviewed records in Northern and Southern California, finding that black and Latino drivers were disproportionally arrested for driving with a suspended license — a misdemeanor — and warrants related to their inability to pay tickets and court fees. In a report released Monday, the group, which provides legal aid in civil cases, also shows that poor communities face higher rates of license suspension related to failing to appear or pay fines — essentially, penalizing residents for their poverty, the group contends.
“What can be a minor hassle for one driver can have devastating and lasting consequences for another,” the report states, adding that “too often the difference in the impact of traffic citations comes down to race and class.”
For example, the Bay View/Hunter’s Point neighborhood of San Francisco, which has a high poverty rate and many black residents, has a driver’s license suspension rate of 6.7%. In the neighboring Marina District, a higher income area with few black residents, the suspension rate is 0.4%.
In Los Angeles County, black residents are just over 9% of the population, yet they make up 33% of arrests for driving with a suspended license. White residents, 27% of the population, make up less than 15% of those arrested for the same offense.
California courts notify the Department of Motor Vehicles when a person fails to appear for a hearing, and the DMV then suspends their license. The license is only restored after fines are paid and approved by the court. Between 2006 and 2013, 4.2 million people — 17% of all licensed drivers — had a license suspended for failing to appear, according to the report.

The report comes after the Department of Justice ordered the city of Ferguson, Missouri, to more fairly apply citations and court fees to protect the rights of minority residents. California is temporarily offering amnesty to certain residents who have racked up debts related to traffic tickets, and is collecting more data on race and traffic stops.
Though the official numbers have not yet been released, the report said other reviews of a number of California cities have repeatedly shown black and Latino drivers are more likely to be pulled over by police and receive a citation that could turn into years of consequences.
“The troubling result is that this kind of intensified policing and racial profiling of people of color means black and Latino people are more likely than white people to get traffic citations despite the fact that there is no documented difference in driving behavior,” the report states.
Kacey Campbell, 34, knows better than most what the consequences can be. He got a ticket for not wearing a seatbelt in 2006. But the Los Angeles resident didn’t have the money to pay, which he didn’t think was a big deal.
“What’s the worst that could happen,” he said he thought. “I didn’t know it would affect me 10 years later.”
The single ticket compounded with a missed payment and failure to appear in court. His driver’s license was suspended, and eventually he was facing a fine of $5,000 before he could legally drive again.

But Campbell said not driving wasn’t an option. He had doctor’s appointments to make and responsibilities as a father and husband. Public transit in Los Angeles could make those trips hours long, and the fare sometimes cost more than gas.
As a precaution, Campbell bought cheap cars, knowing they’d eventually be impounded when he was pulled over by police. Finally, he went to court, trying to straighten out the situation. A judge, after seeing he was living in a transitional shelter, offered 800 hours of community service and $200 in fees to wipe away the accumulated fines.
“I couldn’t do that with having a job,” Campbell said. “There’s no middle class right now. If somebody’s trying, I think the courts should have a little more leniency.”
He thought he’d never see his license again until he saw a flyer for legal help. A pro bono lawyer took on his case, and almost immediately, the fines were dismissed.
Campbell said he didn’t known how to work within the system, and had for years thought he couldn’t afford legal help. It’s a position that many people he’s met, who are often black or Latino, are in now, he added.
“In areas like Beverly Hills, they can pay,” he said. “And if they feel like they’re getting jerked around a bit, the police commissioner is getting a call.” 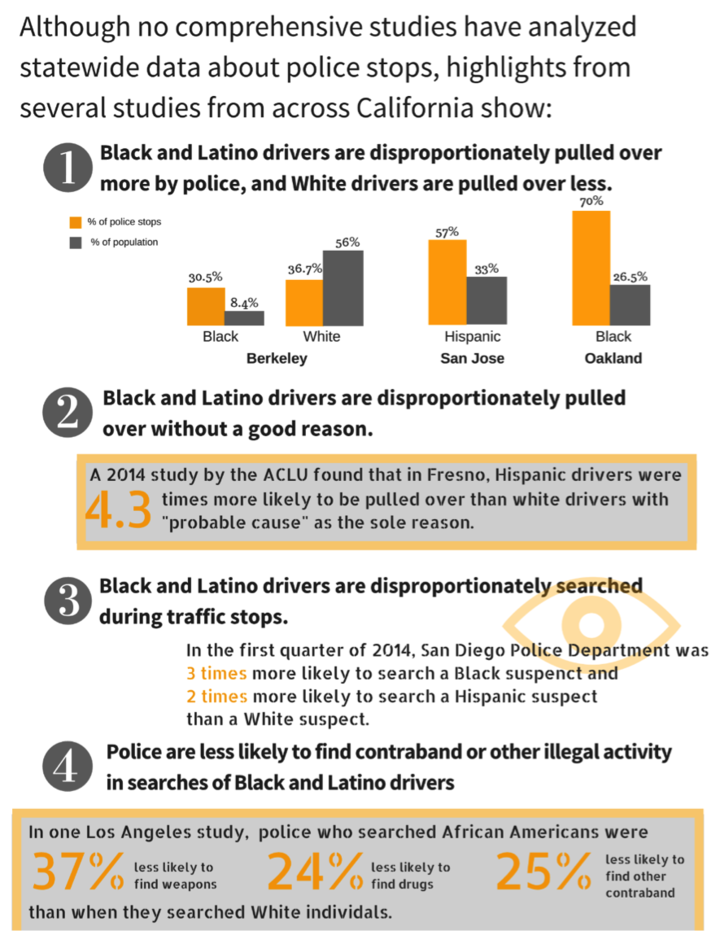 To make the system fair for all Californians, the report calls for driver’s licenses to be suspended only for safety reasons — not to punish people unable to pay fines.
The Lawyers’ Committee for Civil Rights also wants arrests for unpaid fines or failing to appear in court to stop, and for police to conduct traffic stops and other enforcement more fairly across lines of income and race. The group also wants courts to assess a person’s ability to pay when deciding on fines.