Connecting with our Past: Immigrant Rights are Civil Rights

The Lawyers’ Committee has a proud tradition of responding to the legal needs of the most vulnerable amongst us and is one of the first organizations in the United States to recognize Immigrant Rights as a Civil Rights issue. Indeed, in 1983 we established the Pro Bono Asylum Program. This program was established to address what was then being called the “Central American Crisis,” which referred to events in the late 1970s and early 1980s when major civil wars erupted throughout Central America, including Honduras, Guatemala, and El Salvador. Similar to today, we saw thousands of refugees fleeing violence from these countries and seeking safe haven here in the United States.  Amazingly, many of the children that have recently crossed our borders are now connecting (or reconnecting) with those very family members that we served in the 1980s. 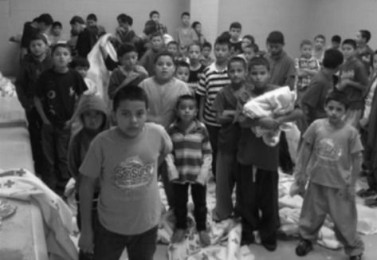 The problem of children and families having to proceed without counsel in complex, high-stakes immigration proceedings is not a new one, but it is one that has taken on heightened urgency with the increasing caseload and the advent of the so-called “rocket docket,” which fast-tracks the cases of unaccompanied children and families who recently came into the immigration system. Available statistics indicate that from January to July 2014, approximately 1,420 unaccompanied minors were released to sponsors in the Bay Area. Of course, hundreds more arrived earlier and since.
Just as we did in 1983, we have once again called upon the private bar and the pro bono community to step up their involvement and volunteer their time to serve this community. In 2013 alone, the Lawyers’ Committee’s pro bono attorneys contributed approximately 30,000 hours of their time, providing full-scope representation to those seeking asylum. We expect that number to increase significantly for 2014. And thus far, the Bay Area response has been nothing less than inspiring. Local government on both sides of the bay have been incredibly supportive and very successful in seeking and securing funding to assist legal service providers in meeting the needs of unaccompanied children. Likewise, the pro bono community has stepped up. In collaboration with several other legal service providers, the Lawyers’ Committee has been working hard to support unaccompanied children who have been placed on the expedited docket. In July of this year the Lawyers’ Committee joined Legal Services for Children (LSC) and Immigration Center for Women and Children (ICWC) in convening a Roundtable to address the legal needs of unaccompanied children in Northern California. Dozens of legal services providers from across the Bay Area participated and have contributed to the collaborative efforts of the roundtable, including through the four sub-committees that were formed during the process. These sub-committees are: 1. Outreach / Education / Community Organizing; 2. Capacity Building / Training / Pro Se Materials; 3. Screening Tools / Referrals; and 4. Pro Bono Committee. If you are a legal service provider, and would like to join one of these sub-committees, please feel free to contact me at pchavez@lccr.com.
The Lawyers’ Committee commitment to serving the legal needs of immigrant communities not only furthers its broader mission of civil rights for all, it also recognizes the importance of having a legal advocate during immigration proceedings. Having an advocate at your side can make all difference in the outcome of these cases. It is estimated that an unaccompanied child, or a family with young children, only has a 1 in 10 chance of successfully avoiding deportation if they do not have legal representation. With an attorney, the odds jump to a 8 in 10 chance of being granted some form of protection and being allowed to stay in the United States. The success rate for Lawyers’ Committee’s Pro Bono attorneys is even higher. Because so many of these children and their families will face incredible violence, persecution, and even death if they are deported, the stakes are very high for securing legal representation.
If you would like to volunteer with the Lawyers’ Committee’s Pro Bono Asylum Program, and represent an asylum seeker, please contact me at: pchavez@lccr.com. And please sign up for our upcoming Asylum Law & Procedure Seminar to learn all of the “nuts and bolts” of representing asylum seekers. Specifics are provided here.