Original broadcast can be found on KPBS Midday Edition.
Reported by By Megan Burke & Maureen Cavanaugh

A report published Monday by a consortium of California civil rights groups documents racial disparities in the number of Californians whose drivers licenses were suspended because of unpaid tickets.
The report, titled “Stopped, Fined, Arrested – Racial Bias in Policing and Traffic Courts in California,” relies on U.S. Census and California Department of Motor Vehicle data to illustrate that license suspension rates in some predominantly African American and Latino neighborhoods are as high as five times the state average.

“Suspended licenses is an issue that affects clients in all areas that we work in — in housing, in consumer debt issues, in re-entry. It’s pretty much a proxy for poverty and for the epidemic of poverty and for the consequences of poverty,” said Theresa Zhen, a legal fellow at A New Way of Life Reentry Project in Los Angeles. “So a suspended license has an impact in all types of areas, particularly in employment.”
In a statement in response to the report, the San Diego Police Department said:

“The department does not tolerate bias-based policing. It is the policy of the San Diego Police Department that the enforcement of all traffic laws shall be administered equally and fairly, regardless of the persons involved, and based solely on the nature of the offense.” 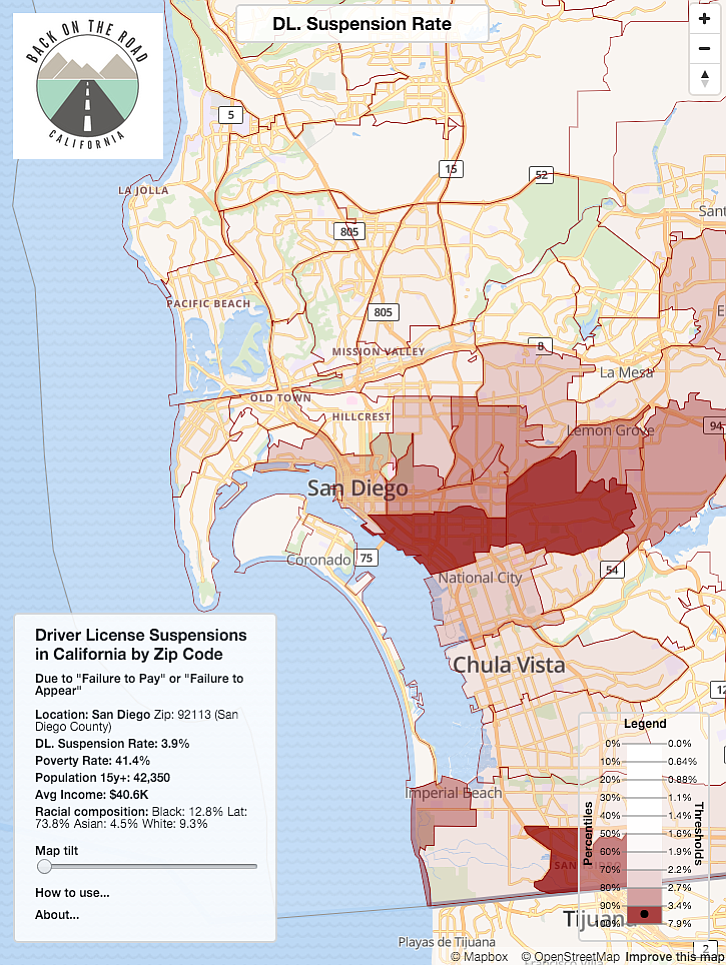 CREDIT: BACK ON THE ROAD CALIFORNIA

A map shows the driver license suspension rate in the San Diego region. 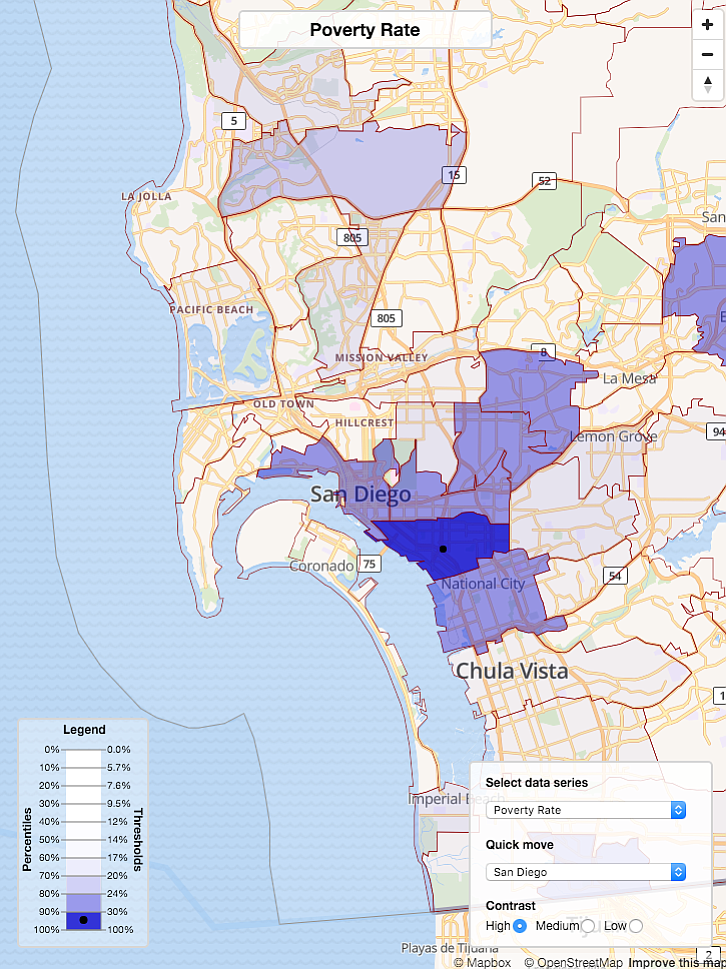 CREDIT: BACK ON THE ROAD CALIFORNIA