In Pursuit of a 21st Century Dream

Today the Lawyers’ Committee joins fellow civil rights advocates and others throughout the nation as we celebrate the 50th anniversary of the March on Washington for Jobs and Freedom. As we mark this significant milestone, we pause for a moment of reflection to remember the iconic legacy of Dr. Martin Luther King, Jr. and the message he conveyed on that historic day imploring us to make the dream of justice and liberty for all a tangible reality. 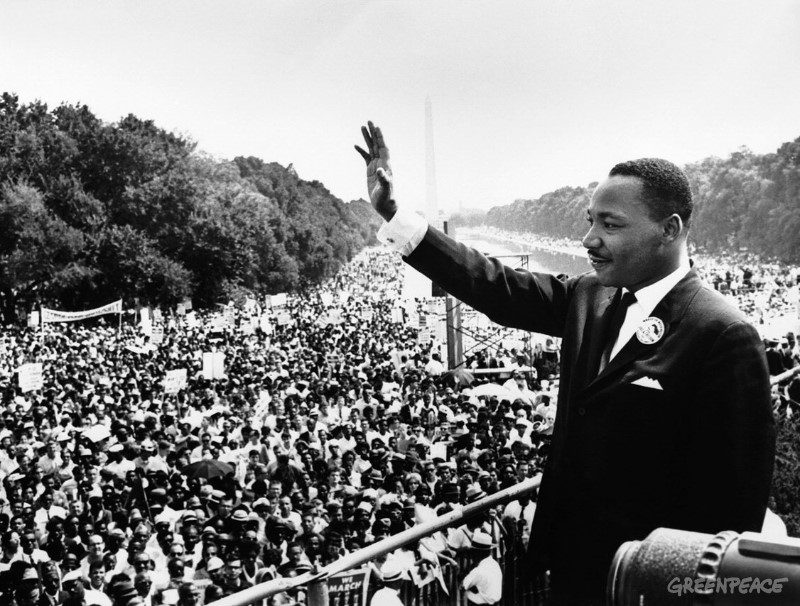 It heartens us to know that in this half-century many gains have been made. The United States is a different nation than it was in 1963. Many of the most egregious vestiges of racism and disparity no longer exist. Today, it is not uncommon to see African Americans and other people of color represented in all spheres of American life, including the halls of justice, the military and the big and little screens of movies and entertainment. In less than the span of a lifetime, our President is a man of African descent. Indeed, the struggle for civil rights in the 20th century transformed the legal status of African Americans and others for whom justice was systematically denied. It is the enforcement of the intent and spirit of these laws that still pose a challenge in the 21st century and we arrive at this anniversary with much work left to do.
Fifty years ago many would have envisioned 2013 as a utopian “space age” replete with automated and attractive households and schools for everyone, yet too many African Americans and other people of color remain in racially segregated communities with inferior housing and public schools that undermine progress and often determine disparate and unequal status in later life. Achievement gaps and low graduation rates in schools remain a huge problem because of substantial disparities in the allocation of resources in school systems across the nation. Add to that the concept of unconscious bias, low expectations and inordinately high expulsion and school discipline rates, and it is evident why black and brown students often fall below the bar.
This anniversary also finds us with a penal system that houses more black men in cells than in college dormitories as the result of a “war on drugs” akin to slave auctions where men were college dormitories as the result of a “war on drugs” akin to slave auctions where men were bought and sold for free labor. In the debate about immigration reform a racial subtext is revealed in the banter about Central and South American laborers at border crossings, framing the issue as “us against them”. And, as the country begins to regain its footing after the economic crisis, communities of color remain disproportionately affected by the scarcity of jobs and opportunities, while challenges and inequities persist for minority business enterprises in public and private contracting. The most recent assault on civil rights, in which the Voting Rights Act of 1965 was made impotent by the Supreme Court when it struck down section 5 and opened the door to restrictions on voting access, reminds us that 50 years can be a milestone or it can bring us full circle.
It’s no wonder then that our work here at the Lawyers’ Committee is far from obsolete. We remain pragmatic and anchored in our mission to protect and promote the rights of communities of color, immigrants and refugees by providing direct legal services and advancing impact litigation and policy advocacy. Our economic empowerment program has been re-envisioned as one of three core programs designed to expand opportunity for low- income and marginalized communities. We are proud that in April 2013, we secured a major legal victory in favor of disadvantaged business programs in the Ninth Circuit Court of Appeals to ensure equal contracting opportunities for minority-owned businesses. We have also been instrumental in the push to expand access to education for low-income youth and youth of color. We remain vigilant in our advocacy on behalf of formerly incarcerated clients who have paid their dues to society yet continue to be thwarted by barriers to employment and housing. Our asylum program endures because we are nimble in our ability to meet the needs of an ever changing demographic that come to us from all over the world. And we remain deeply appreciative of our supporters and all those who volunteer their time to serve our clients in the interest of racial, immigrant and economic justice and a dream that we all share.